Help us Protect our Native Iguana

The native range of the Lesser Antillean Iguana (Iguana delicatissima) stretches from Anguilla to Martinique. Once thriving populations have struggled to survive, with some going extinct on many islands. St Kitts and Nevis and St Maarten/St Martin no longer have any Lesser Antillean Iguana. Present on those islands, and several others, is the invasive Green Iguana (Iguana iguana). Some islands, such as St. Eustatius, have reports of fertile hybrids of these two iguanas in their population, threatening to reduce the population of the native iguana even further. Tiny islands, such as Prickley Pear East are currently safe refuges for I. delicatissima.

Due to the current population status of the native iguana, it has been labelled as critically endangered by the International Union for Conservation of Nature (IUCN). This means the animal is now protected. Measures should be taken to conserve and increase their population. Being a wild animal, we need to coexist and do our part to help them live long lives, and multiply.

We can all help our local iguana by spotting the invasive Green Iguana and reporting it immediately to STENAPA.

Go ahead and take this poll (three comparisons) to see if you know how to know the difference between the invasive Green Iguana and the protected Lesser Antillean Iguana?

The answers are in the video at the end of the poll.

***Which one is the INVASIVE GREEN IGUANA***

How about these young iguanas? They are both green, so the colour cannot be what we need to look for to identify the invasive iguana. Which one would you report as invasive to STENAPA?

Now, imagine you saw the entire iguana, head to tail. Can you tell the difference?

Join us during this short flashback to Youth Summer Club’s iguana patrols as the STENAPA Youth learn what it means to become Iguana Guardians.

Therefore, volunteers are invited to join us on Iguana Patrols to be an extra pair of eyes to spot the invasive or hybrid iguana. You can also learn more about our local iguana. 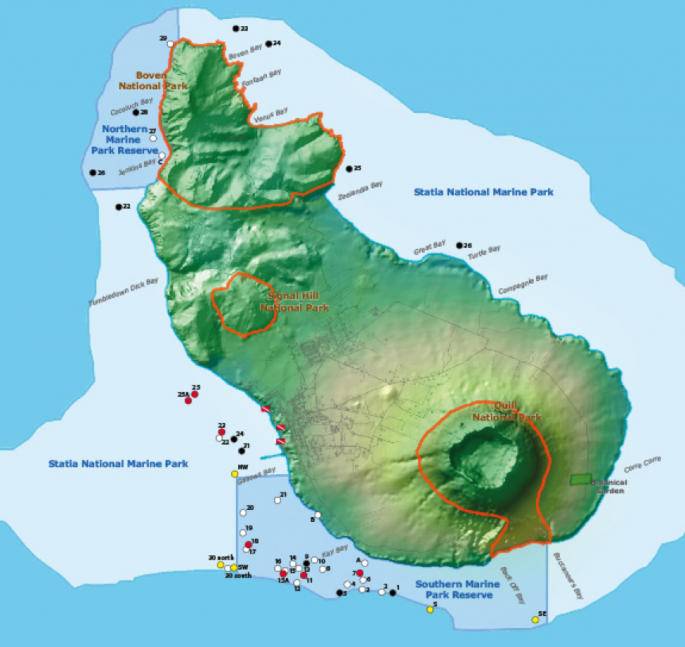